No prisoners in 2018. Here’s the latest roundup of news, releases and events from the Scope Music family:

Camoflauge Monk got a joint featuring Hus Kingpin and the homie Al Divino “The Dynasty: Win La Familia” off of ‘MADGURU‘.

Primo Profit put up a video of his December Freestyle on Statik Selektah’s show on Shade 45.

And in case you missed it, Magno Garcia dropped a single “God Aura” which was produced by Farma.

Magno also dropped by B.A.N.G. Radio, a new radio show we’ve started to cover the local music / arts scene and broader community, to talk about his latest album and the RBT Podcast.

Other guests on B.A.N.G. radio have included Primo Profit:

And Dart Adams and Chris Faraone on Local & Independent Journalism

Stay Tuned for future episodes and tune in live every Friday on 94.9 WZMR Zumix Radio. Streaming online at zumix.org.

Coming up EvillDewer got a stacked lineup for his listening party at the Good Life on March 8:

Tomorrow and EVERY 2nd and 4th Friday of 2018, join us at Spontaneous Celebrations for the Bridging the Gap Bazaar with live art, music, food, vendors and new programming every week: 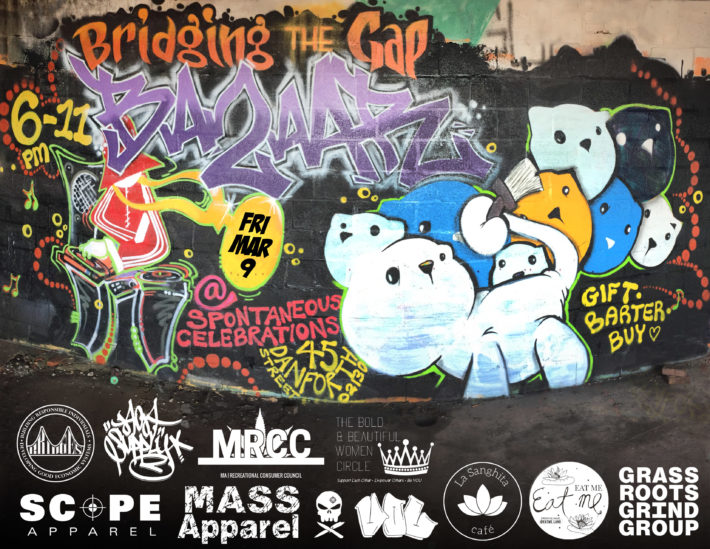 Last but not least, SAVE THE DATE 4/19/18 for  Primo Profit ‘Locksmith’ release show with special guests at the Middle East Upstairs in Cambridge. More on that real soon.

Phew, feel like we still missing some stuff but that’s plenty to get ya started. Until next time!